The crocus project was recently mentioned in a phoronix article. The article covered most of the background for the project.

Crocus is a gallium driver to cover the gen4-gen7 families of Intel GPUs. The basic GPU list is 965, GM45, Ironlake, Sandybridge, Ivybridge and Haswell, with some variants thrown in. This hardware currently uses the Intel classic 965 driver. This is hardware is all gallium capable and since we'd like to put the classic drivers out to pasture, and remove support for the old infrastructure, it would be nice to have these generations supported by a modern gallium driver.

The project was initiated by Ilia Mirkin last year, and I've expended some time in small bursts to moving it forward. There have been some other small contributions from the community. The basis of the project is a fork of the iris driver with the old relocation based batchbuffer and state management added back in. I started my focus mostly on the older gen4/5 hardware since it was simpler and only supported GL 2.1 in the current drivers. I've tried to cleanup support for Ivybridge along the way.

The current status of the driver is in my crocus branch.

Ironlake is the best supported, it runs openarena and supertuxkart, and piglit has only around 100 tests delta vs i965 (mostly edgeflag related) and there is only one missing feature (vertex shader push constants).

Ivybridge just stop hanging on second batch submission now, and glxgears runs on it. Openarena starts to the menu but is misrendering and a piglit run completes with some gpu hangs and a quite large delta. I expect IVB to move faster now that I've solved the worst hang.

I think once I take a closer look at Ivybridge/Haswell and can get Ilia (or anyone else) to do some rudimentary testing on Sandybridge, I will start taking a closer look at upstreaming it into Mesa proper. 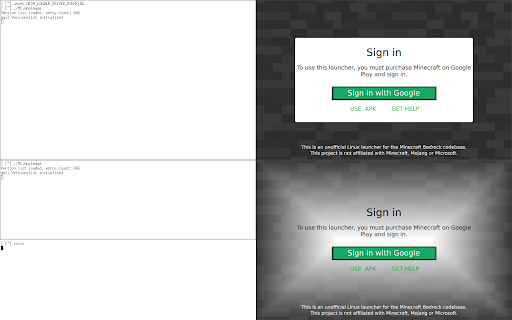